HOW THE HECK DID THIS ALL GET STARTED? 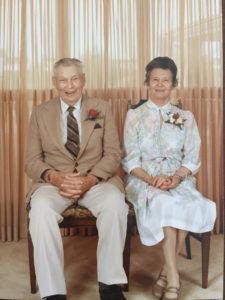 Our family’s pepper relish was born in a farmhouse in Tillsonburg, Ontario Canada in 1947 to my Grandma Lena. Two of her children, Doug and Don, enjoyed this family recipe for several years before they moved to Oakville, Ontario where they couldn’t find the same local peppers. Neither of the boys forgot about the relish and over the years they sourced and made variations of their own spicy condiment.

My earliest memory is of my father being forced to cook the pungent delight on top of the bbq in the back yard – the smell too strong for the house! He would save empty jars all year and then squirrel away the prized “man relish” pulling out a jar and eating it on almost anything.

As I got older, my Dad rationed the pepper relish so I had to get creative and cook my own. I became more addicted and thus highly motivated to experiment with a larger variety of chilis and making my own flavour sensation – Hellish Relish.

In the late 90s, after putting small jars into gift baskets at Christmas, I had several requests for cases of the relish for others to gift to others! The idea to introduce the world to Hellish Relish started to evolve and thus I extended to sell it at Farmer’s Markets and various craft fairs before expanding to a hot sauce speciality store and several delis across the Kelowna area. Going beyond that would have required me to register for a bar code, a new technology at the time, and the cost prohibited me from going any further. I literally put it on the shelf. 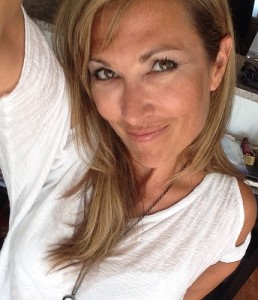 After living overseas for 11 years (Thailand and Australia) and 2 years in northern Alberta, I returned to the Okanagan and with access to the freshest variety of chili peppers, I got cooking again.

So with the undying support of a couple good friends, some great intentions, a lot of long hours, some major failures (including a fruit fly infestation!!!) and great successes (we lived to tell the tale) She Devil Delights was launched and Hellish Relish (barcode and all!) was reborn.

The local support and positive feedback has been so amazing that we currently have more than 200 stores carrying She Devil Delights products.